HomeNewsOpinion: Raphinha transfer was not a good idea for Arsenal. They should...

Opinion: Raphinha transfer was not a good idea for Arsenal. They should beat Spurs to find a better alternative. 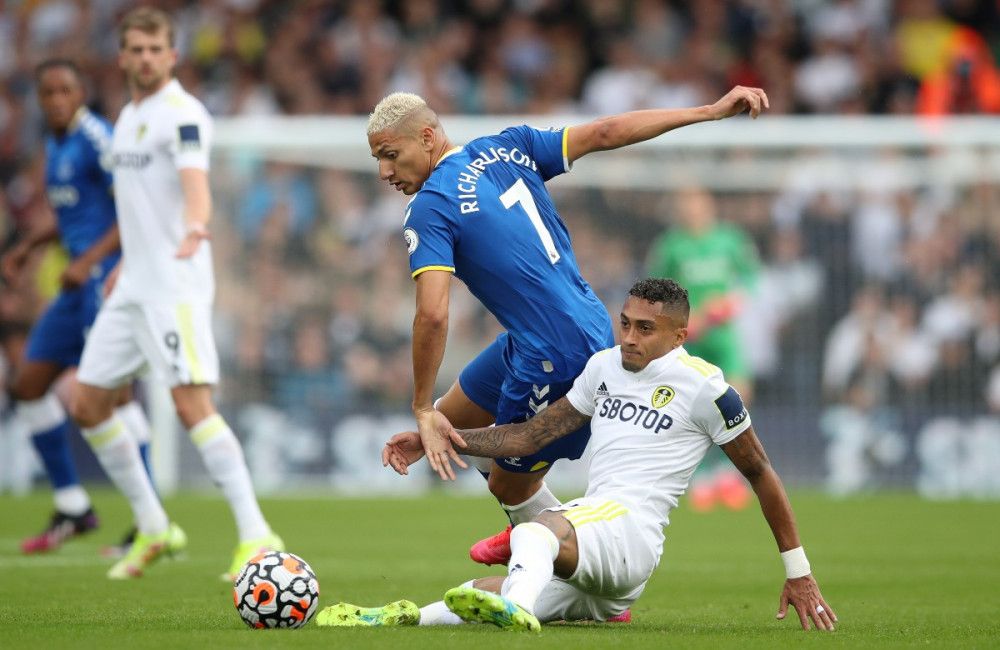 The Gunners were pursuing Brazil’s international but The Athletic claims that Chelsea is now in contention for the deal.

Although this will disappoint their fans, it may not be the worst for Arsenal. Their pursuit of Raphinha was arguably not a wise decision.

Mikel Arteta has Bukayo Saka, a left-footed wide forward, to play on the right-hand side. He’s unlikely to move the star home-grown player to another position anytime soon. Saka might have excelled as a wingback in his earlier career, but his best performances were on that right-hand side last year. The addition of Raphinha to fight for that spot would have likely disrupted Arsenal’s shape or left the expensive signing on the bench.

Raphinha at Chelsea will be a regular and could play a significant role in the front three, after the struggles of Christian Pulisic, Timo Werner and Hakim Ziyech. It is also a smart move from Raphinha’s point of view, as it allows him to play Champions League football and compete in major honours. Arsenal could turn to

. There is one option that comes to mind…

. Arsenal may be looking for a Brazilian forward from a lower-ranking Premier League team whose name starts with “R”. However, Raphinha is not the only option. Everton’s Richarlison makes more sense.

The Toffees’ front-man is right-footed and can also operate from the left so he wouldn’t get in Saka’s way. He could instead be an upgrade to young duo Gabriel Martinelli & Emile Smith Rowe on the left-hand side and a replacement for Gabriel Jesus in central, if necessary.

As reported by The Athletic Richarlison is a target for Arsenal’s north London rivals.

The Spurs offer Champions League football, making them a tempting destination for Richarlison. But could Arsenal attempt to steal this deal?

Richarlison wouldn’t be guaranteed many starts in Antonio Conte’s attack with his current signings Son Heung-min, Harry Kane and Ivan Perisic. So a move to Emirates Stadium may be better for Richarlison’s chances of getting regular first-team football. Although it might not be easy for Arsenal to complete this deal, it should be possible. It’s also likely to be a smarter move than Raphinha. They’ll switch targets quickly if Mikel Arteta and Edu know what they are doing.

This might not be an easy deal for Arsenal to get done, but it shouldn’t be out of reach just yet, and it’s probably a more sensible move than Raphinha anyway. If Mikel Arteta, Edu and co. know what they’re doing, they’ll surely switch targets as soon as possible.